Get fresh music recommendations delivered to your inbox every Friday.

from ten, two and three +improvisation 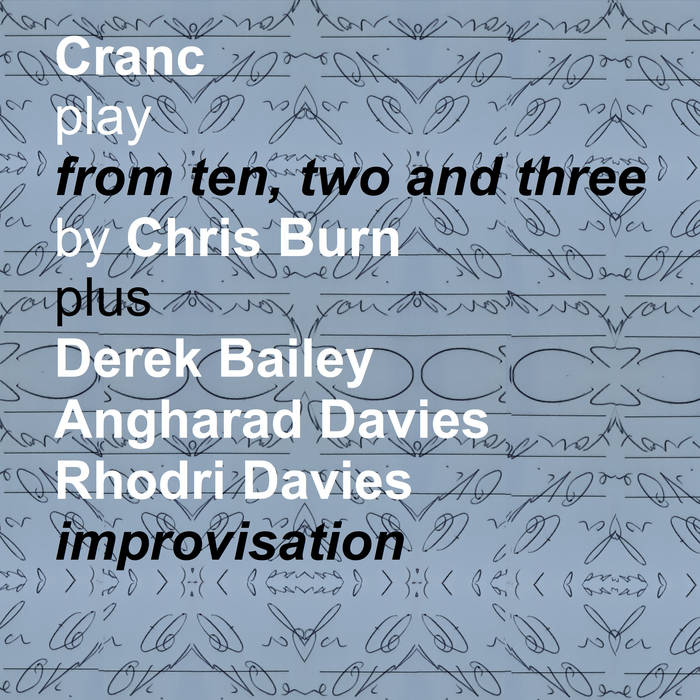 stchase The improvisations are a hedgerow teeming with life. Cranc's take on Burn's transcriptions are fantastic revealing all kinds of angles on Bailey's musical mind - well worth comparison with Philip Thomas's takes (have to hear Pat Thomas's versions now!).


"For a long time I felt that I was hearing other instruments when listening to some of Derek's guitar solos. Maybe because a piece like that is played with such a strong sense of pulse, and a strong sense of conventional tonality coming through. Maybe that's one of the reasons or maybe it's something to do with the timbre of the guitar and where he places the notes. I certainly heard it as something that could be played quite comfortably with other instruments.
I spoke to Derek, I phoned him up and said how would you feel about it and he was quite comfortable with it. He seemed quite happy about it. Unfortunately, he didn't get to hear the transcribed pieces, which is sad; they've been a long time coming.
I felt a strong responsibility because there are quite a lot of things in arrangements and transcriptions that i don't like. I didn't want to let any of that enter into it. I didn't want people to 'play like Derek Bailey'. I wanted to transcribe these pieces and give them to musicians and let them find their own way through the music.
Initially when i did the transcriptions we did these pieces without time signatures. I thought there might be a sense of freedom. But after the first rehearsal I had my suspicions about whether this was the right way to go. We all bit the bullet and said, let's put them in time signatures. It's like having the laws, having the boundaries, and then you can push against them. As i said before, these are very much pulse pieces. They have a very strong sense of pulse coming through.
They are pretty much conventionally notated. There are one or two little bangs and clunks which i notated as bangs or clunks, or let the performers themselves find their own way through that. I did add a few arrangement touches here and there, sometimes when i had listened a thousand times, and i couldn't make out what was in an overtone or a chord.
I did try to keep very much to the original. I did have to listen quite hard to find out where some of the open strings were being played. I had to be aware of those resonances and tried to use some of that in the arrangements. If it's an open guitar string maybe try and get some of that resonant sound with the three instruments.
The musicians wanted to listen to the original, to get the right feel of it. I was encouraging them to move away from it. Originally they wanted to get as close as possible to it, and then can move away from it. Which did happen, i did the transcriptions and arrangements in 1999 and we didn't record them until 2006.
I think the player's personalities come through quite strongly. For example, Nikos Veliotis prior to recording this had been working with a pop band in Greece, and he'd been usng a heavy plectrum on his cello, he decided it would be something good to bring to this music. Rhodri, the harp player, also used plectrum on the harp at various times to get that very sharp attack, that stringy attack."

Chris Burn [from a radio interview]

with thanks to Karen Brookman

edited and mastered by Jim McEwan

pay what you can afford

thank you for your support

Bandcamp Daily  your guide to the world of Bandcamp